Skip to content
HomeElvis in charcoalElvis in Charcoal #173, The movies #25, Clambake 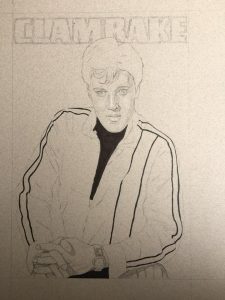 The 7th drawing in the movies series.

Elvis plays the son of a wealthy oil magnate who feels the need to prove himself among folks who are unaware of his dad’s fortune and connections. Along the way, he meets several stock characters, among them a woman who has hopes of marrying for money, a cynical widower whose interest in life is revived once he adopts Elvis as his ersatz son, a poor working man who revels in the opportunity to spend some of Elvis’ fortune while pretending to be Elvis, and a wealthy snob who looks down his nose at Elvis because he believes him to be a poor nobody. The two strongest features are a serious and deeply emotional role for Elvis, who was apparently in poor health at the time of the shooting, and appears less physically active on camera than usual, and some actual footage of the Orange Bowl regatta spliced into the final cut. 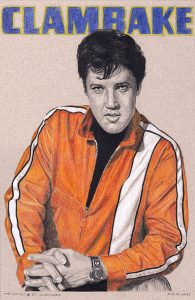