I finished all three Elvis drawings I had planned for January. One from the fifties, one from the sixties and one from the seventies. I will spend the remaining days of January experimenting with some new (for me) materials. Elvis in Charcoal #290, No title Charcoal, ink and White chalk on colored paper, 40 x
Read More 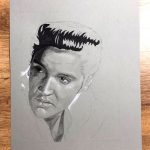 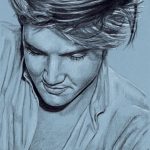 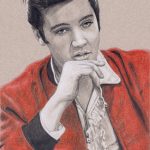 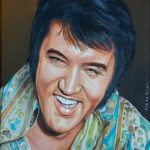 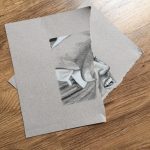 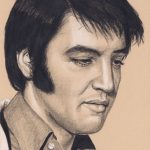